You’re probably wondering, “What is KMV and why are they against CMV?”

Count My Vote (CMV) is a misnomer, an intentionally inaccurate title for legislation, such as the “Affordable Care Act.” There was nothing affordable about Obamacare, and CMV does not make your vote count more. If enacted, CMV would make elections all about money, not about principles.

In reality, it is an effort to silence the grassroots voice of the Neighborhood Caucus. They believe in pure democracy (often called mob rule) rather than in representative government. In fact, if we had more active caucus systems, maybe we could trust Congress and boot out corrupt incumbents.

With the current system, where most states use CMV’s model of signature gathering instead of delegates vetting candidates, we have a 90% incumbency rate. 90%, even though Congressional approval sits around 15%. Let’s not do what everyone else is doing, as it’s not working.

What is the Caucus?

This YouTube video gives a 2 minute explanation. In short, the caucus system is designed to make sure candidates are elected based on principles, rather than being based on who has the most money.

Keep My Voice (KMV) is a grassroots effort to preserve and improve the Neighborhood Caucus. They have been fighting Count My Vote for years now, and have been instrumental in keeping it from making the neighborhood caucus system completely pointless. One of the ways they have been doing this is by teaching people what the effects of CMV really look like, as I’ve mentioned above.

Unfortunately, many Conservatives have been… duped, for lack of a better word, by CMV. They do this by using buzzwords and phrases Conservatives gravitate to, such as democracy,  equality, and fight the Establishment! (Which is supremely ironic).

Using these tactics, CMV supporters have gotten Conservatives to sign a petition to get CMV on the ballot this November. What Conservatives in Utah need you to do is to help inform those that have signed the petition, and let them know what it really says. If they disagree with CMV, we give them the opportunity to have their name removed from the petition they signed.

What Can You Do?

To keep CMV off the ballot this November, Keep My Voice has made a goal to remove 1,000 signatures from a few different counties. The response has been powerful as we go to these people and give them all the facts. The average, so far, has been about 4 signatures removed per hour, per person. If we have enough volunteers, we could get it all done in one or two Saturdays, and you get breakfast and lunch for helping the cause of freedom!

To meet us this Saturday, fill out the form below and we will keep you updated on when and where we are meeting. See you there!

Say "No" to Money Deciding Elections

Near the beginning of June, a mailer went out that appears to include a member of our Executive Committee as a listed supporter of a 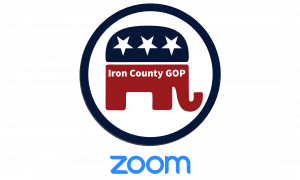 The following live stream will begin on Saturday April 18th at 10 am. The meeting is open to the public, and as usual, only candidates