You will need a valid photo ID to be credentialed for the meeting. Please be on time; credentialing will begin at 6pm and will close at 6:30 pm.

We look forward to seeing you there!

The Bipartisan Safer Communities Act (S2938) was signed into law by President Biden in July 2022.  Among other things, the bill provides the following:

Items 3 to 18 violate the 10th Amendment which reserves “…powers not delegated to the United States by the Constitution, nor prohibited by it to the states… to the States respectively, or to the people.”

This Tsunami of federal funds to the states and schools is nothing less than a thinly disguised bribe to convince us to ever expand the scope and power of the Executive Branch of the Federal Government.  All of these functions can be (and should be provided) at the local level.

This bill goes directly contrary to the following platforms of the Utah State Republican Party:

REAFFIRMATION OF STATES’ RIGHTS We oppose congressional, judicial, and executive abrogation of the principle that the powers not delegated to the United States by the Constitution, nor prohibited by it to the States, are reserved to the States respectively, or to the people. We oppose unreasonable and intrusive federal mandates.

SELF DEFENSE We support the individual constitutionally-protected right of the people to keep and bear arms for security and defense of self, family, others, property, or the state, as well as for other lawful purposes. We encourage personal responsibility for the care and use of these firearms.

UTAH STATE SOVEREIGNTY …The Tenth Amendment to the Constitution of the United States defines Federal powers as those enumerated in the Constitution and reserves all other powers to the States and to the People.
It remains the sacred responsibility of the States as creators of the Federal Government to keep the federal powers within the limits set by the Constitution.
We resolve that the Republican Party of the Great State of Utah and elected party members take any and all steps necessary to ensure that Federal powers exercised within the Great State of Utah not exceed those granted by the Constitution of the United States, and that those usurpations of State Sovereign Powers already violated by the Federal Government be corrected by the State Legislature and enforced by the Governor’s office thus protecting Utah State Sovereignty

The source of information contained herein is:

Respectfully submitted as a private citizen and member of the Iron County GOP County Central Committee and not as spokesman for any organization.

Iron County GOP Bylaw 7 D. Voting methods. Should three or more persons be nominated for the same office, the convention may use either multiple ballots or preference voting. The County Central Committee shall certify the method to be used at least 30 days before the county convention. Candidates for County Party office at an organizing convention who receive over 50% of the total vote count are declared elected. Voting by proxy is expressly prohibited. Sponsored by Casey Anderson
PrevPrevious2022 County Convention
NextGet out the vote Mike Lee rally!Next

After thousands of missing ballots for the 2022 midterm election in Iron County, County Central Committee member Richard Genck sponsored the following resolution: “Whereas, in 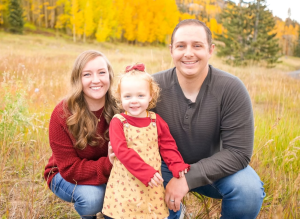 What Makes us Republicans?

How Republican Are You?